Why We Started This Business

Because of a desire for a simpler more affordable rural lifestyle, we moved here in 1977 from the busy Vancouver area of BC and bought a peaceful fertile little farmyard on the prairies. Here we are surrounded by God's beautiful creation for miles in every direction, including up! The prairie has some of the biggest grandest skies both by day and by night. 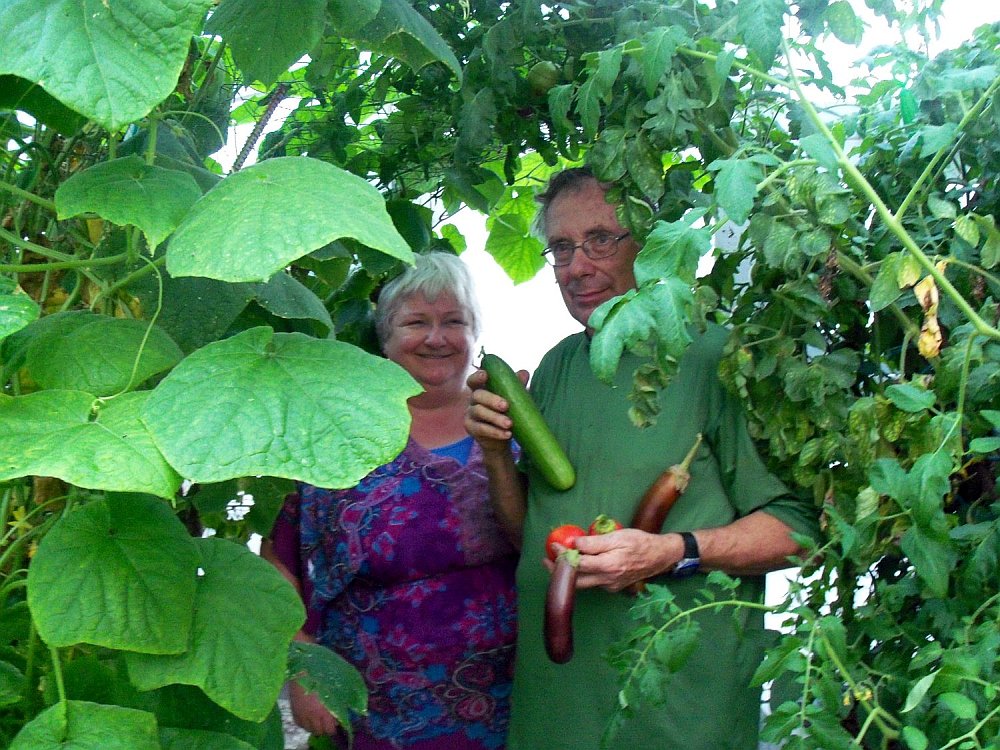 They can thrive for you too! Create your own jungle of food or use more traditional spacing in your planting beds. We use raised beds for additional depth of soil and lush plants. This photo is inside our A-Frame Greenhouse

My father, who grew up seeing big skies, taught me to love the grandeur and soak in the peace. The heavens God's glory do declare! We have sunshine, beautiful sunshine most days of the year, and the joys of four seasons! Some of the most moving seasons include our feature frost! It was those frosts that got us into using greenhouses.

We're ideally located in the center of North America, 3 ½ miles south of Altona, Manitoba, Canada 4 ½ miles north of Neche, N.D., USA. We're about 15 miles west of the Red River, which borders N.E. North Dakota & NW Minnesota. The Red River flows through Fargo & our nearest cities Winnipeg and Grand Forks, each about 70 miles away. Winnipeg has the coldest average temperature of any large city in the world, even colder than Moscow in Russia. We have no Chinook winds to warm us here! The average night temperature in March is about 13 degrees F. and the average day temp. is 28 degrees F. so it is no wonder we need greenhouses! The soil is frozen solid for 6 feet straight down by April. The air is clean & dry, & we get just over 6 hours of bright sunshine a day as a yearly average. The land is Absolutely flat, the soil is rich, black, and deep, and is not a stone or rock in it for twenty miles around. But frost there is lots of, often at rather unexpected times of year. We mention the unseasonable frosts and extending the useful growing season in our articles about our Rebar Greenhouses & Other Ideas. 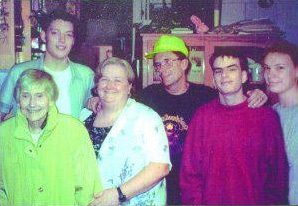 It was the extremes of weather here that opened our eyes to the need for a stronger greenhouse poly cover. On our prairie greenhouse Bob originally tried 6 mil poly and 6 mil vinyl, both of which yellowed, shattered, shredded, and disintegrated in a matter of months in our severe climate. We saw there was a need for a greenhouse cover that would outlast severe winters and storms. We knew others would need it too. So we searched for something better and found it. After testing it ourselves, we combined our mutual work and life experiences with the enjoyment of helping fellow gardeners, and have been selling our UV-stabilized Superstrong Woven Poly and other greenhouse supplies since January 1980. As we grew we were able to modify the product to add more UV stabilizer and thicker coatings. For years at a time, our Superstrong Woven Poly stands up to violent winds, hail, & outdoor temperatures from forty degrees below zero (F.) to 100 degrees above zero (F.). The translucence prevents leaf burn and the diffusion of light by the weave promotes uniform growth. And it's so tough that even our cats cannot tear it.

It's our goal to see small and large greenhouses sprout up like mushrooms in our two sister nations. We are also interested in promoting affordable solar heating and wind power. We live inexpensively in an older house, growing much of our own food and reusing and recycling wherever possible.

Thanks again for your orders. And thanks for telling your friends and neighbors about us. Word of mouth advertising by people who like our product has helped us keep prices down. Feel free to write, call, or fax us about your questions, ideas and hints. Send pictures, please! And maybe we'll feature you and your photo in our customer gallery!